NITOS team has made mobile nodes using "iRobot Create" with a custom designed tray to hold the system board. The board is an "Alix Board" of  "PC Engines" company . Commands are sent to the robot over a serial port and the whole system is powered from the robot’s battery. The upward facing camera is used to recognise specific patterns on the ceiling, which help the robot navigate around the room.

To fully construct the mobile nodes the following hardware parts were used:

The Alix board runs Voyage Linux. For moving the robot, an implementation in python of the iRobot Create Open Interface was used, called openinterface.py. For the pattern recognition ARToolKit was used, a software library for building Augmented Reality (AR) applications. 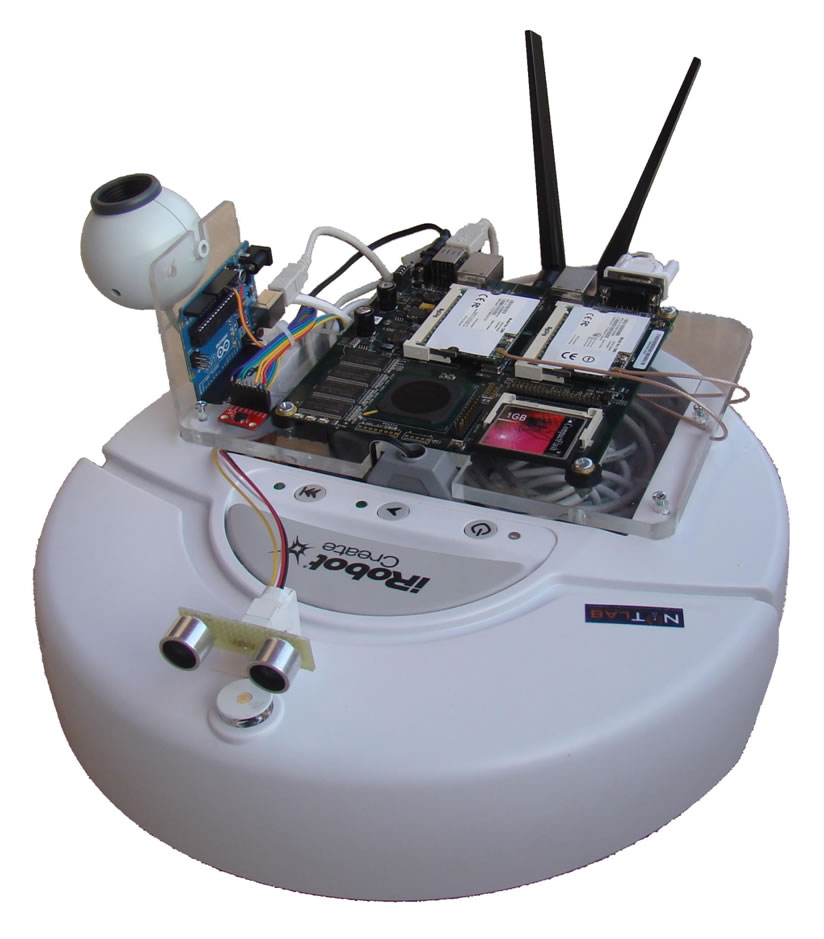 You can also see iRobot in action here and more information here.