Towards the development of a remote accessible LTE testbed, where experimenters from all the word will be able to run their experiments, NITlab in cooperation with COSMOTE, has acquired and configured several components. The core units are two LTE Access Points and the SIRRAN’s LTEnet core network.

The installation of the LTE access points took place in UTH premises in cooperation with COSMOTE, in Volos city and is illustrated in the following figures. 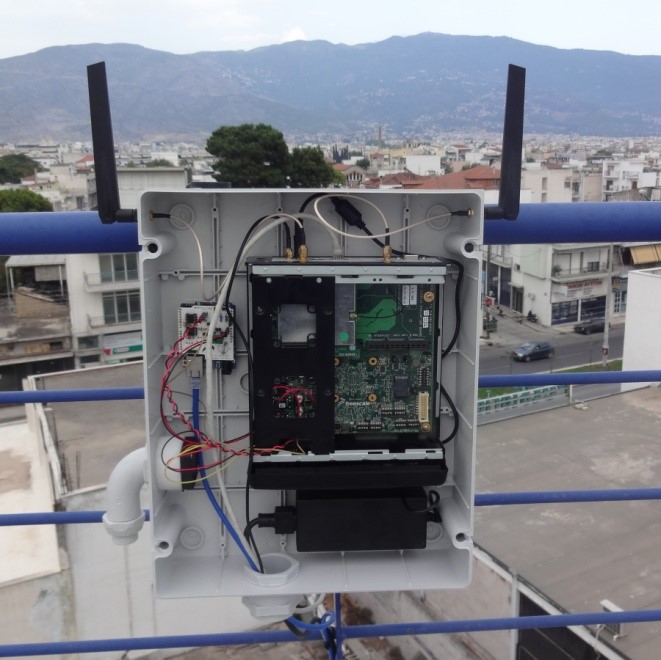 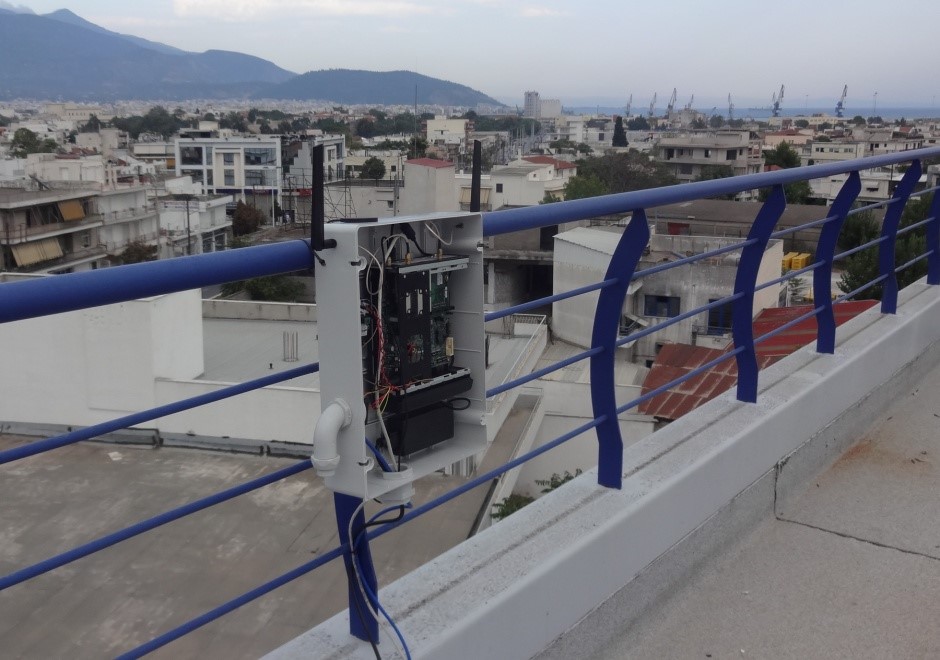 After the initial OS set up, software dependencies should be installed such as lksctp-tools and mysql-server. The installation of the LTEnet EPC software and the administrator web interface on the server is the next configuration step. From the web interface we export a unique signature for the server that allows us to generate the license file, which will then be installed. The remaining configuration, namely the iptables firewall rules, the APN settings for the LTE network and the configuration for the eNodeB units themselves, require a dedicated IP range to be set.

NITOS uses a virtual machine entity, running on an ESXi5.1 host, which meets all the above criteria. The physical server machine is an HP ML350p G5 located in the subnet of the University of Thessaly central network infrastructure.

The LTE245 eNodeB units provide a firmware that allows us to connect on them remotely through SSH, using a pre-shared key file. After the successful connection to the node, the appropriate configurations in order to connect the units to the LTEnet EPC must be made. The SSH command line provided by the LTE245 units allows us to configure the following interfaces or parameters:

In the following figure, a diagram of the LTE network architecture is depicted. In order to allow the eNodeB units to contact the server, the server should be configured in the same subnet range as the eNodeB units.  Moreover, we place both the server and the LTE units in a private network, under the protection of a firewall. It is always best practice to separate externally facing hardware firewall, with an appropriate DMZ policy and access lists.

Regarding network ports, traffic between the server and the eNodeB units should be left open, as the server is configured with the appropriate iptable rules to allow/ deny traffic flows between itself and the eNodeB units. In the case of a necessity for testing browsing the internet from the handsets, then just an outbound allow for all http/ https is the appropriate configuration. However, if more complex data flows are needed such as FTP, SSH, ping etc, then these will need to be managed from SiRRAN’s Network Support. 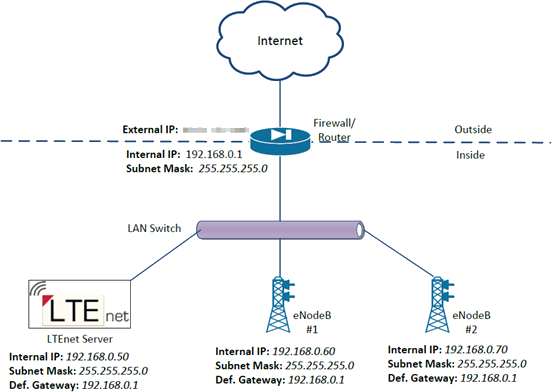 You can continue to NITOS Portal for experimentation on LTE resources.