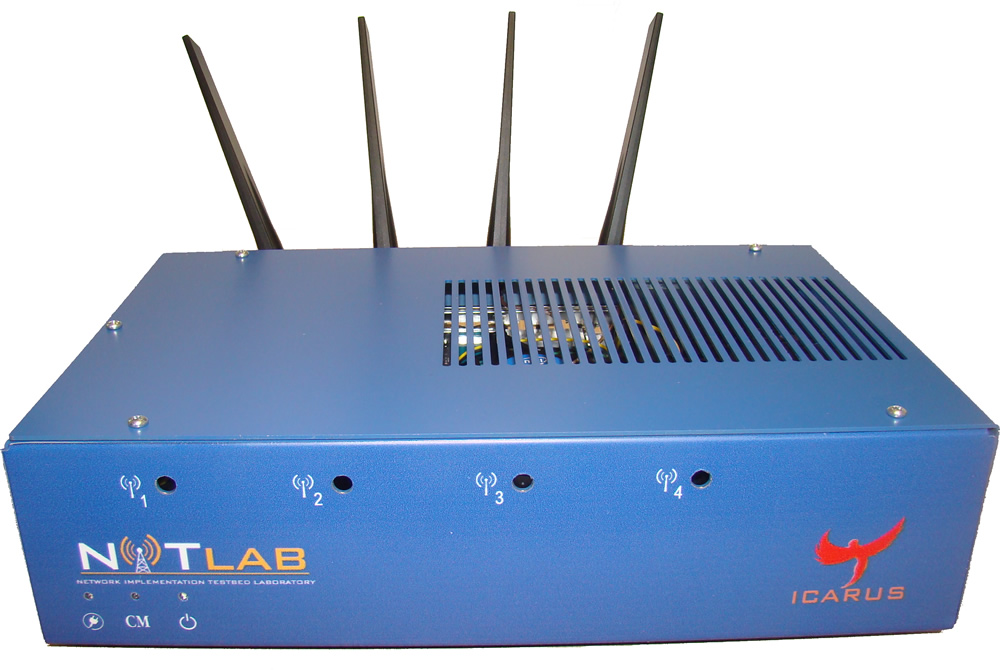 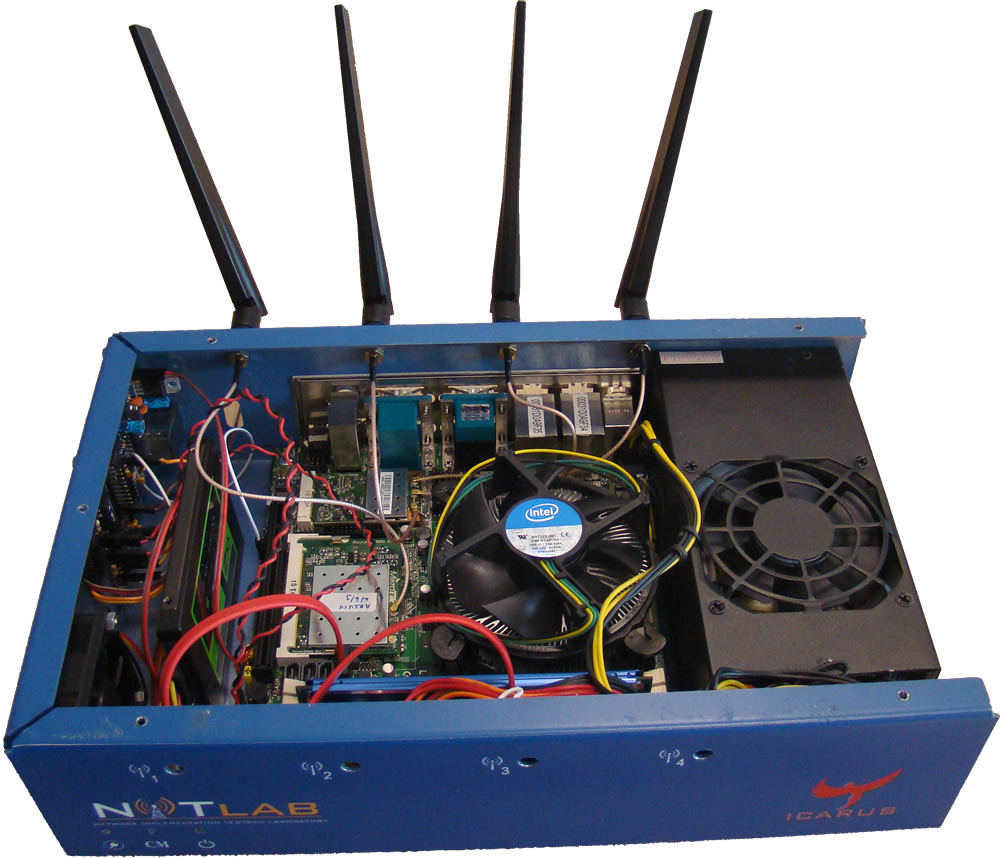 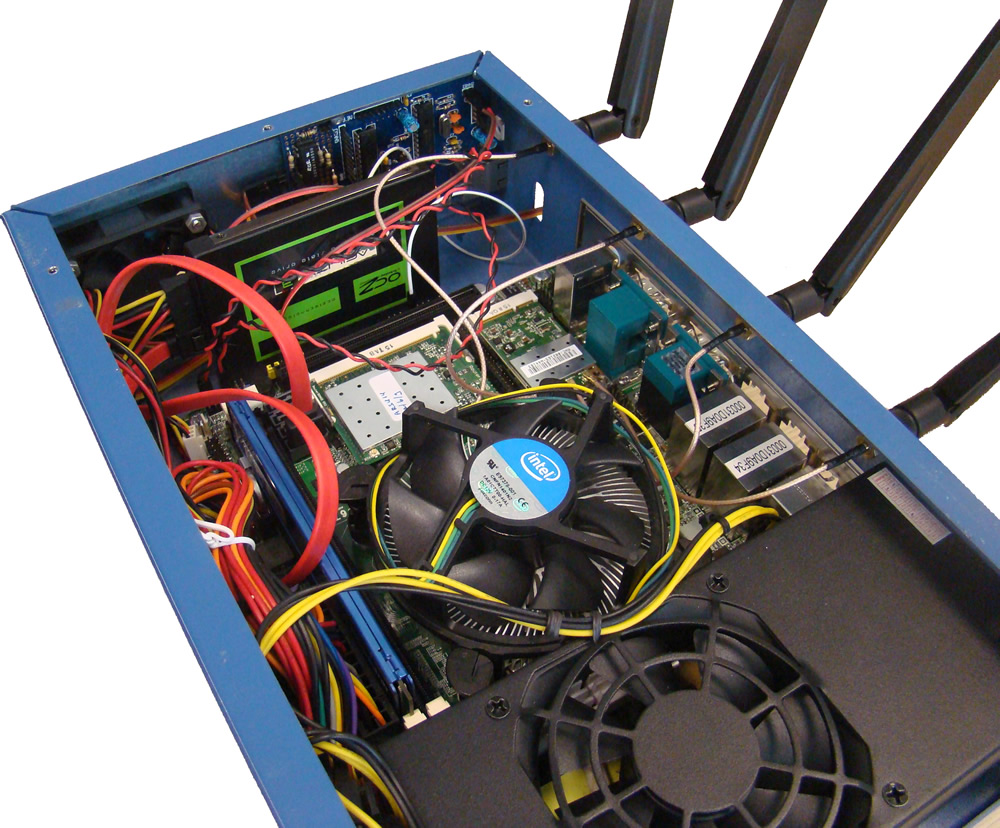 You can find in the following table, some indicative specifications for the Icarus nodes. These could be altered according to the specific needs of each deployment.

To control and monitor Icarus node's operation we use NITlab's Chassis Manager Card (CM card). A tiny web server is running on the CM card and serves http requests such as power on/off and reset commands. Further more, CM card can support real time sensor measures, since it can be connected with temperature & humidity sensor, as well as with a light sensor. 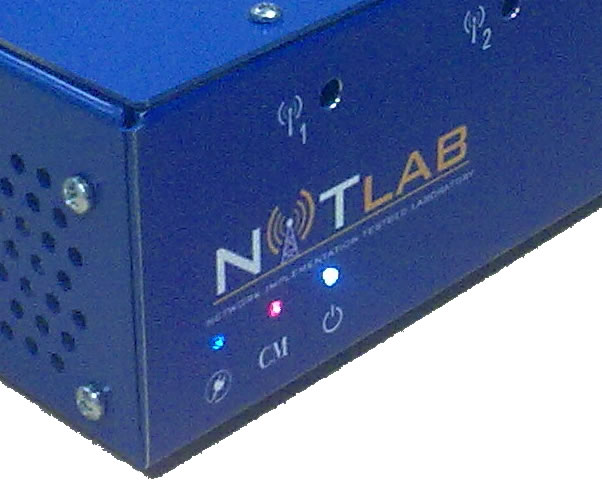 Our new node's name and logo, Icarus,  are coming from Greek mythology and symbolize a human with flying skills.