NITOS cloud infrastructure is based on HP GEN8 blade servers and one HP DL380p GEN8 server. 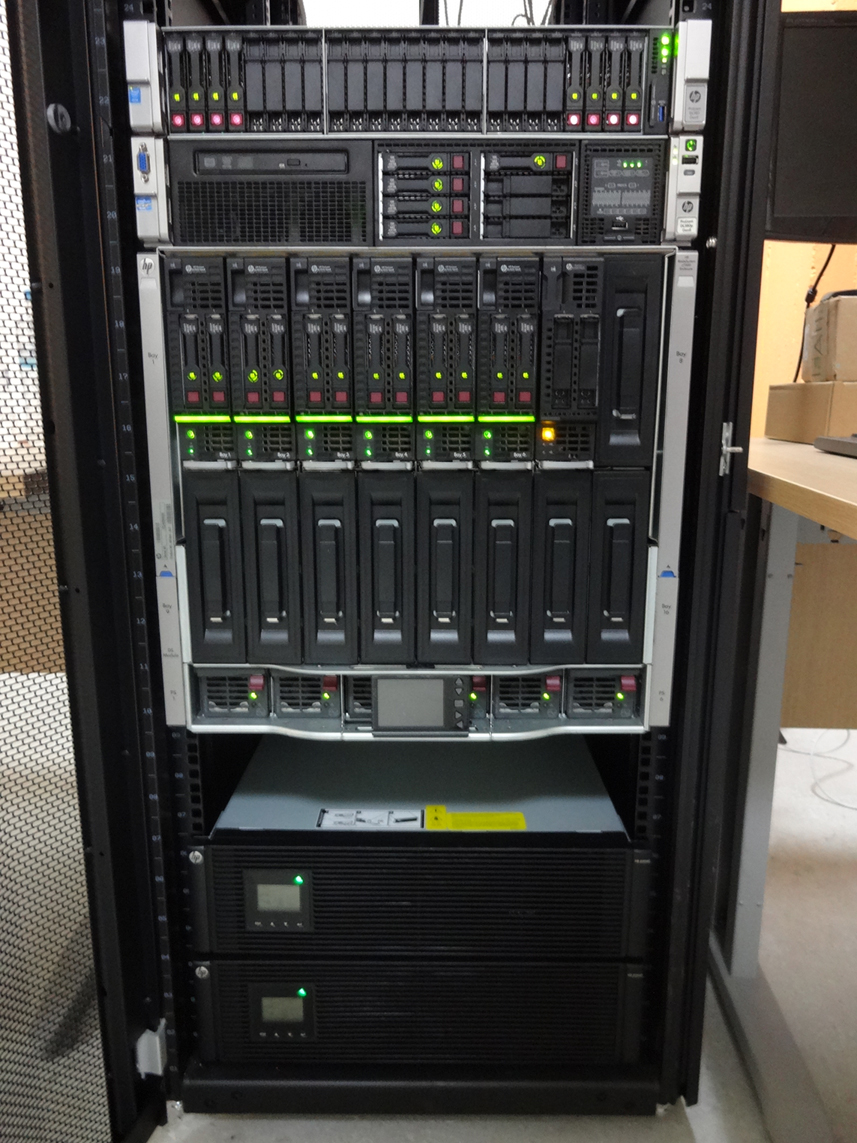 KVM hypervisor software on Ubuntu Trusty OS is used in order to provision the servers’ hardware resources and support a robust and sustainable cloud environment.

The management and control of the virtualized datacenter infrastructure is made with the Openstack Icehouse framework in order to decompose infrastructure provisioning and management into compute, storage and network services.

The networking deployment of the aforementioned infrastructure is based on a modular Openflow switch by HP; hosting both 10GB and 1GB Ethernet interfaces via the usage of different modules.