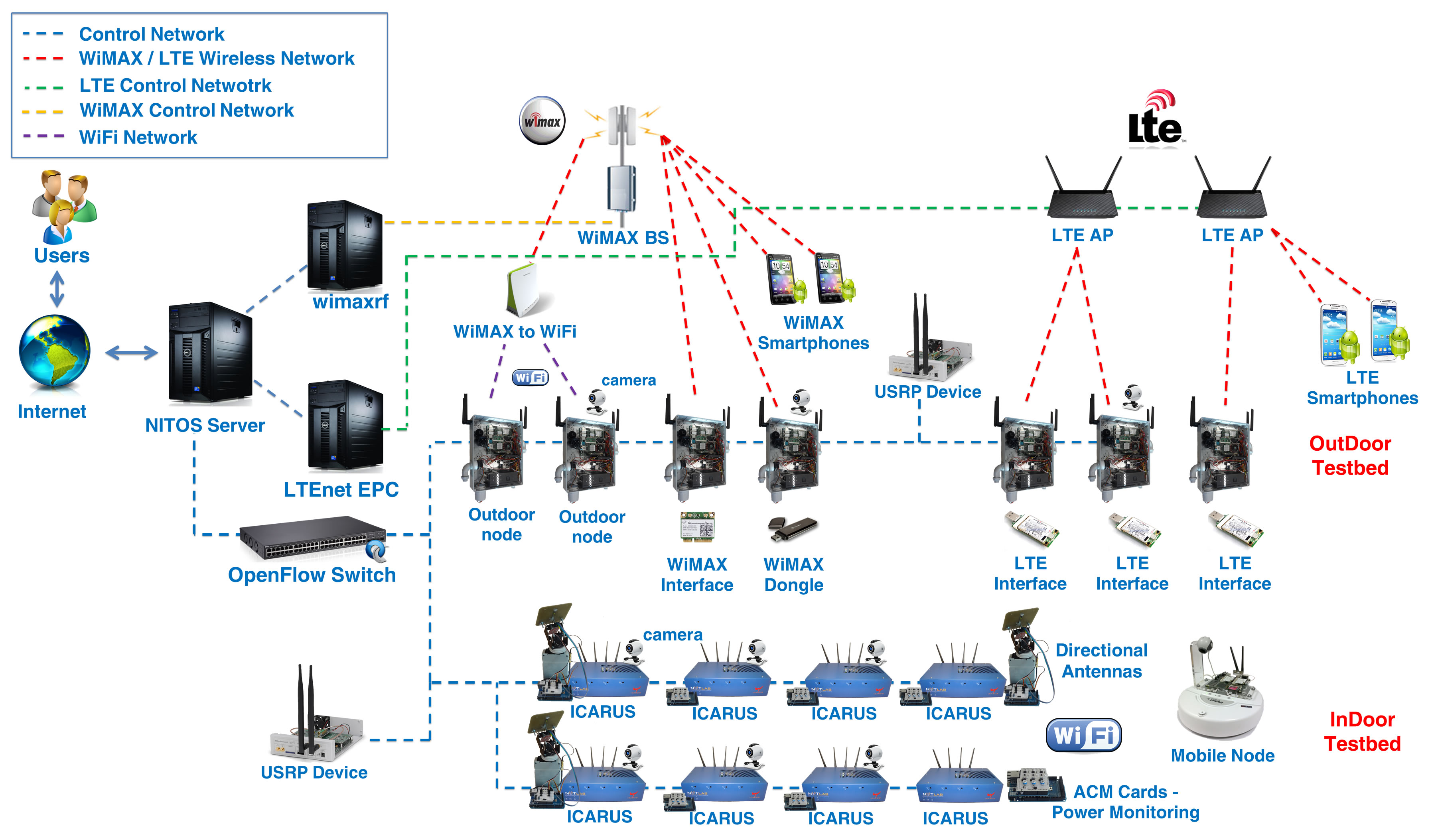 NITOS Future Internet Facility is an integrated facility with heterogeneous testbeds that focuses on supporting experimentation-based research in the area of wired and wireless networks. NITOS is remotely accessible and open to the research community 24/7. It has been used from hundreds of experimenters all over the world. It is comprised of three different deployments, the Outdoor Testbed, the Indoor RF Isolated Testbed and the Office Testbed, which are depicted below:

The NITOS Outdoor deployment consists of powerful nodes that feature multiple wireless interfaces and allow for experimentation with heterogeneous (Wi-Fi, WiMAX, LTE) wireless technologies. It is deployed at the exterior of a University of Thessaly's campus building and consists of 50 powerful nodes.

The NITOS Indoor deployment consists of 50 Icarus nodes that feature multiple wireless interfaces (Wi-Fi, WiMAX, LTE) and is deployed in an isolated environment of a University of Thessaly's campus building. It is also equipped with directional antennas prototypes.

The main experimental components of NITOS are:

The testbed is based on open-source software that allows the design and implementation of new algorithms, enabling new functionalities on the existing hardware. The control and management of the testbed is done using the cOntrol and Management Framework (OMF) open-source software. NITOS supports evaluation of protocols and applications under real world settings and is also designed to achieve reproducibility of experimentation.