In this demo we present a sensing and actuating framework deployed in the premises of NITlab to acquire environmental measurements as well as energy ones and to control particular devices in the lab such as the operation of air condition and other electrical appliances.

To this aim we have exploited the NITOS prototype Wireless Sensor (WS) mote, comprised of open-source and configurable modules, as well as a gateway node to collect the obtained measurements. NITOS mote features the ATmega32u4 microcontroller running at 8MHz, operating at 3.3V. The aforementioned microcontroller is fully compatible with the Arduino platform that enables ease of software development and provides compatibility with several commercial sensing modules. Moreover, the platform is equipped with an Xbee radio interface that enables communication with the respective gateway. Xbee is an IEEE 802.15.4 compatible module ideal for setting up mesh networks utilizing the Zigbee protocol. The developed mote currently features specific sensing modules, an air temperature and humidity sensor, a light intensity sensor, a human presence, and door status sensor. Additional devices based on the same hardware are developed to measure the energy consumption of electrical devices and the conditions of plants and a Geiger sensor that measures the radiation. Moreover, a gateway node is built on top of an Arduino Ethernet board, controlling the associated with it motes and collecting their measurements. Figure 1 illustrates the developed NITOS mote and its tiny version along with the NITOS gateway node. Whilst Figure 2 shows the energy monitoring mote and the plant-monitoring one.

The deployment has taken place in the premises of NITLab in the lab offices. Sensors are deployed in each lab measuring environmental parameters, human presence, energy consumption of specific electrical devices (i.e. air-conditions), door status, etc. The deployed motes establish a mesh network utilizing ZigBee protocol and forward their measurements to the gateway node. The gateway node gathers all the measurements and delivers them to NITOS Server. A web-based GUI (shown in Figure 3), illustrates the attained measurements and also enables users to control sensing parameters (such as sensing interval) and the operation of some electrical devices (configure the operation parameters of air-conditions). GUI shows in real-time specific parameters, like human presence and door status in each office and also features clickable buttons, where user can see the some more detailed measurements. 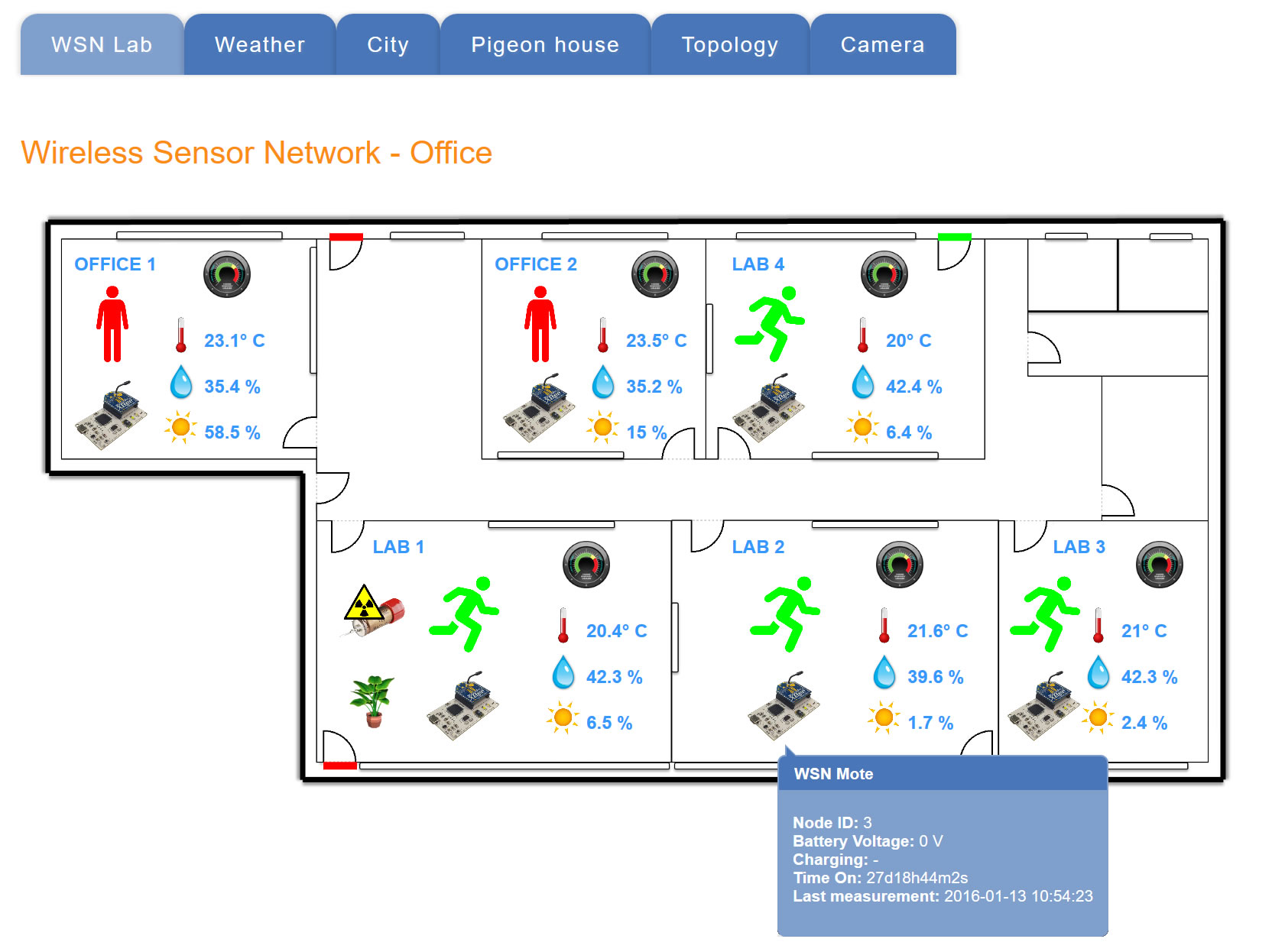 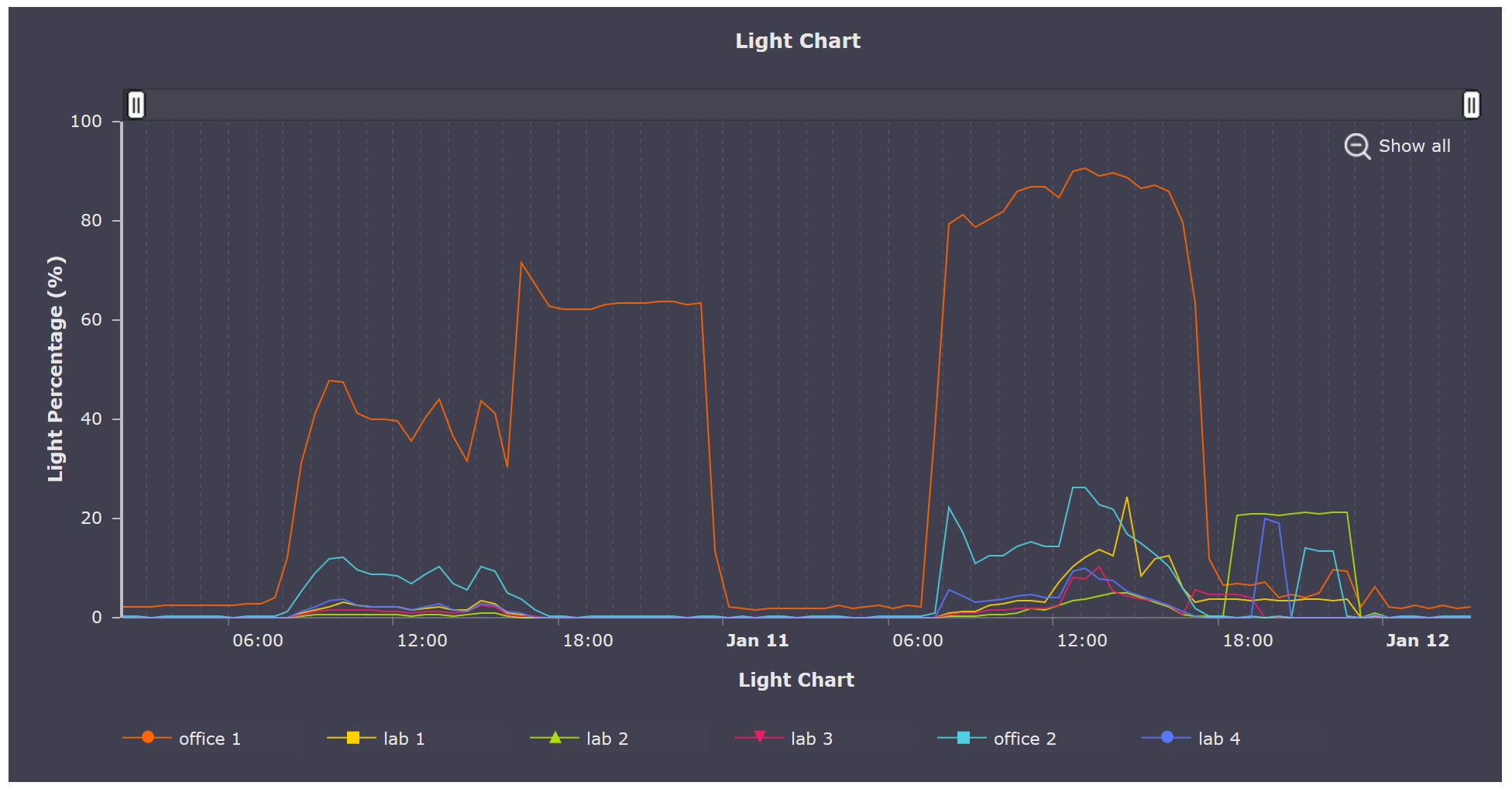 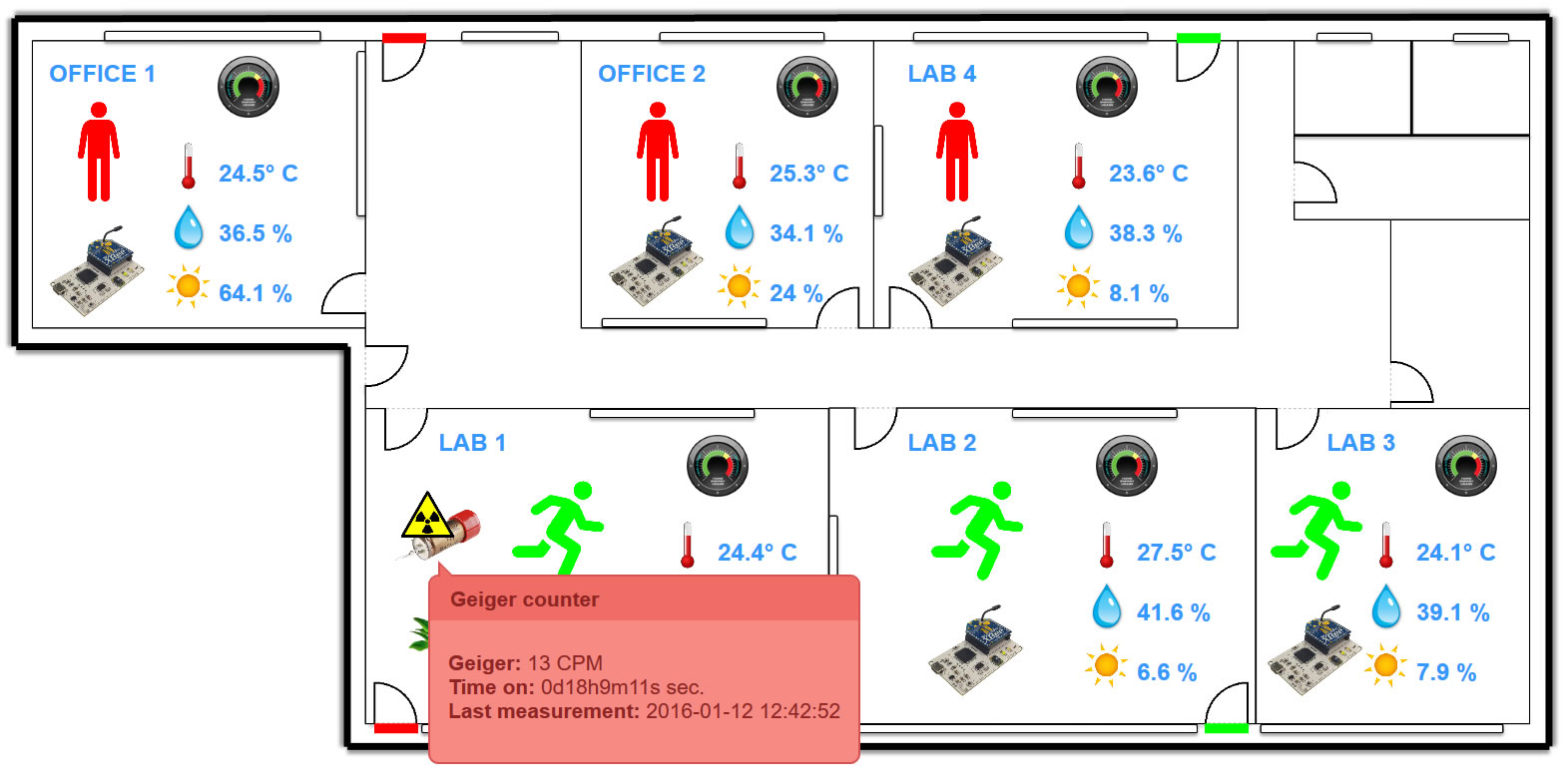 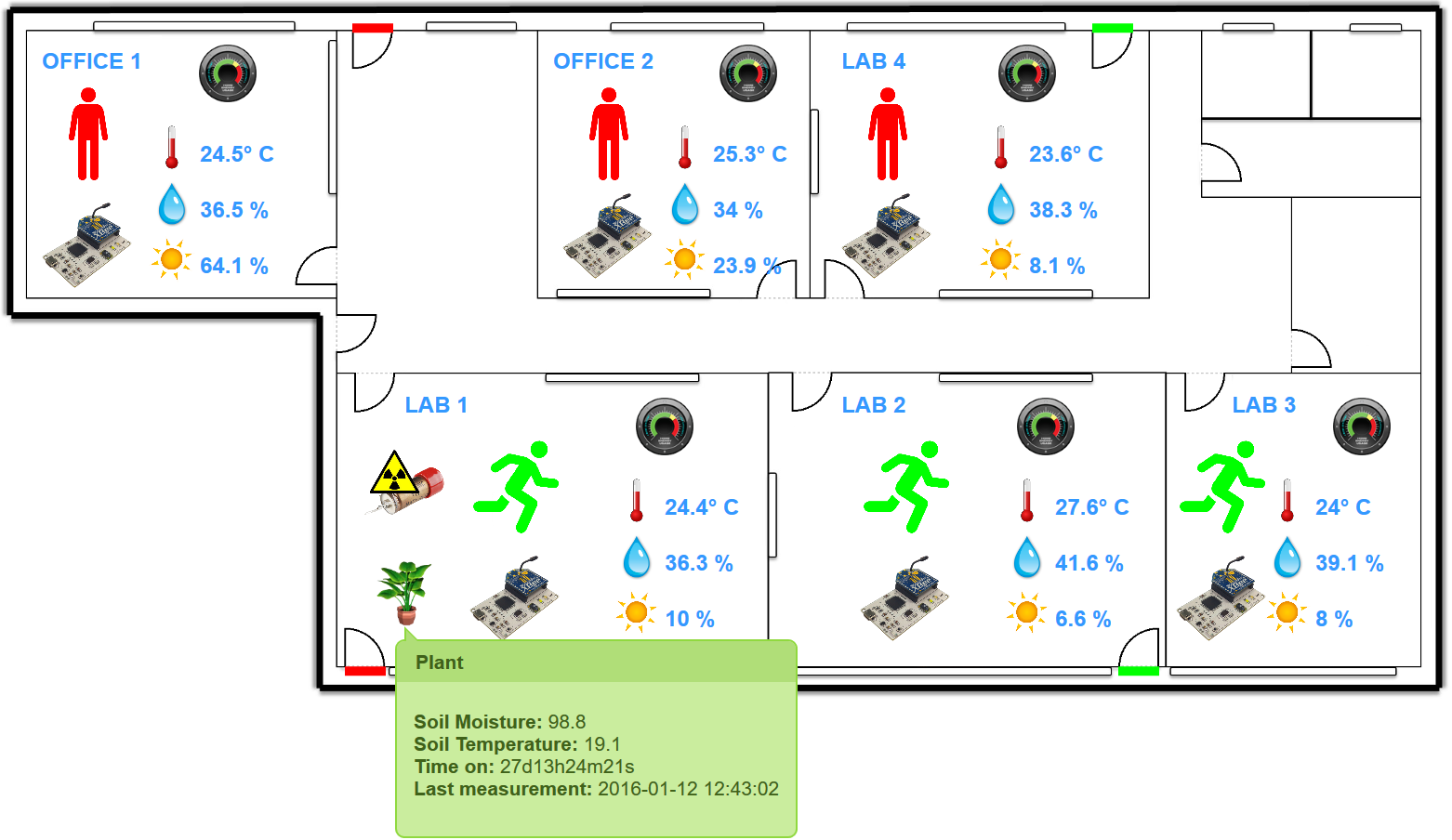